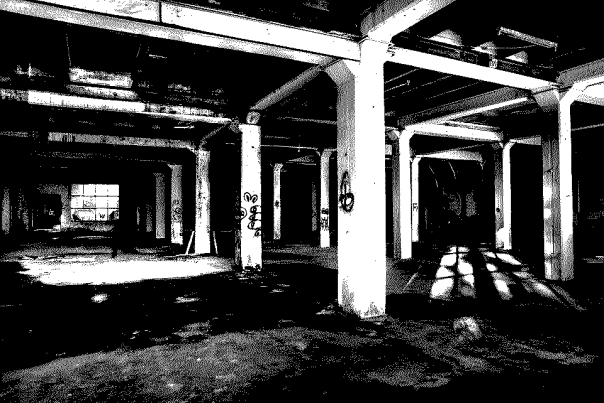 Perhaps I could have known. Perhaps I should have paid more attention to the subtle shift in my attitude once I had changed into cargo shorts instead of my usual skirt or dress for this scene. Perhaps I shouldn’t have dismissed the determination in my jaw or the trace of stomp in my walk through the hallway before we began.

As it was, however, it caught me by surprise.

Our dialogue had spun a loose story of me being in a place where I knew I shouldn’t be and you being there in the hopes of taking advantage of that. It was dark there, and damp and gritty, and the sea was close. I felt young, much younger than my actual years. I was lonely, more lost than I liked, and yearning for someone to find me and tell me what to do. For someone to take care of me. Not out of pity, though, because pity meant someone would take away my power, and I wasn’t going to let anyone do that again. No, I wanted to be seen, to be chosen, to be considered worthy of attention and direction and affection. To be challenged into giving my best to someone who would know if it was. On the outside, however, I wore my disdain for the rules of propriety and tried to wrap myself in a rather threadbare cloak of “I don’t care.”

You were a mysterious stranger with an air of danger around you. I remember the dull gleam of your leather, your heavy boots, your solid stance. The way you looked up into my eyes as if you were actually taller than me.

“Old enough,” I spat back. I needed you to know that I was no clueless child; that I was in this risky place on purpose. That I had chosen this, even though I wasn’t quite sure what exactly ‘this’ was.

You took that response as the invitation it was and got right up into my face. There was some wrestling and then my hands were held together behind my back and my back was pushed against the wall.

Maybe it was the wave of stubbornness that had suddenly risen within me, covering the unexpected vulnerability that had pooled in my stomach and stuttered through my heart.

Maybe it was the way you took away my t-shirt and then made me put my leather vest back on over my bare skin.

Maybe it was the way you looked me in the eyes when you stepped on the toe of my boots, grinding down hard through the delicate layers upon layers of shiny black I had applied earlier with so much tenderness and patience. The exquisite cruelty that lay in the simultaneous recognition and destruction of my work was so beautifully heart-wrenching I almost cried.

None of this was what we usually did with each other. Except for your leather and my willingness to bare my heart to you. Except for our habit to never go where we had initially agreed to go because our scenes always developed a mind of their own. Still, this was unusual, even for us.

I don’t know what it was. But suddenly I was a lot closer to boy than to girl.

It registered with you even before I myself understood what was happening. You said something I have forgotten, then gave your suspicion of my cock an experimental squeeze through the denim. I responded with a gasp as I willed my body to fill your hand.

Then my mind became a kaleidoscope of shattered gender fragments, swirling around in many-layered patterns, never quite settling down again. I almost cried again a little later when you cut my satiny underwear to shreds, rawly torn between wanting to protect the girl I had initially brought to the scene, wanting to save the femme without losing the boy, desperately wishing I wouldn’t feel so utterly disloyal to myself no matter what I decided. Trying to be everything at once and failing to be anything but deeply unsettled by the unsolvable paradox of gender I had stumbled into. Deeply afraid your desire for my boy implied a rejection of my girl when she was less than perfectly girly. Furiously trying to anchor myself on the few solid places in that storm: your leather, the certainty of pain, and my tongue on your boots.

I never fully settled into boy, but I kept hovering close to it for the rest of this encounter. I never quite lost touch with femme, but also never got a hold of its comforting familiarity again that night. Girl floated away into irrelevance at some point. Eventually, I stopped caring and just became a head to lean against your thigh, a chest to dig a boot heel into, a tongue to wrap around your cock, a body to curl up at your feet, a mind at peace.

This is a post for the Kinktober prompt “gender play.”

I’m also submitting it for the Wicked Wednesday prompt “out of character.”

Content note: This post describes various age-play headspaces, themes, and play dynamics. Several kinds of sexuality/BDSM (incl. blood play) are briefly mentioned as a part of that, but are not described in any detail. There is no mention of incest play or childhood abuse.

I’ve been an adult girl who was about eight years old; happy, curious, cute, giggly, and a bit shy. I’ve hid under blankets to be able to ask for what I wanted, and then I’ve got it, just like that. I’ve found out that saying what you need, deep down where it matters, feels very, very hard at first but then it also feels exciting and brave and afterwards you feel like you’ve won something important. I’ve said things I couldn’t say in any other voice. I’ve got permission to play, to not know, to cry, to need. I’ve boldly trusted my partner with my childish needs and desires and got so much love in return: cuddles and challenges, gold stars and pet names, near-endless patience and silly, silly jokes just for the two of us. I’ve never doubted that I mattered.

And then all of that became a distraction, an excuse, an easy way out of doing the things that were really hard. A way to avoid facing what needed facing. It became something I had to grow out of.

I’ve been an adult girl who was about sixteen years old; still curious and shy, with a secret heart full of hope for a boy who’d want to kiss me and ask me to dance. I’ve received hand-written love notes and adoring looks from a boy I liked. I’ve held hands and got breathless and trembling over the intensity of that. I’ve been looked at as if I was a most precious creature, as if this boy couldn’t believe I really said yes to their hands, their lips, their desire for me. I’ve shared first times, first steps into adulthood. I’ve been the awkward, ugly duckling who was suddenly transformed into a radiant, graceful swan under the gaze of a boy who loved me. I’ve been chosen and asked to dance by a prince, and it was everything I’d ever dreamed of, for a while.

And then I grew tired of teenage boys and fairy tales, because I needed an adult to work with me on a happily ever after in the real world. I needed to get off the princess pedestal and onto the ground and figure out how to dance there. (Also, the clock struck midnight and the prince shapeshifted into something that sadly didn’t respond to my magic anymore. But that is a different story.)

I’ve been an adult girl who was a different kind of sixteen years old; still curious, but also a lot more cynical about the world, and a lot less trusting of anyone. I’ve been a mess of barely articulate yearnings; hungry, and lonely, and in desperate need of belonging with someone. I’ve risked getting hurt on the off chance of being loved, over and over again. I’ve chosen to go where I wasn’t supposed to go and found exactly the kind of intense and dangerous connection I wanted, exactly the kind of challenge and acceptance I needed. I’ve broken my parents’ rules as I’ve followed the demands of my partners in crime. I’ve learned to tear open my heart for an irresistible stranger who chose me (me!); to spill its deep, red contents all over them while I absorb their impact, suck their cock, lick their boots, or let them make me bleed for real; then gather up the messy remains to take with me when daylight tells me it is time to leave again. I’ve learned that this usually hurts, a lot, but that it’s always, always worth it. I’ve learned that my heart is a sucker for hard and fast romance and that it is a resilient little fuck.

This is actually where it all started, all those years ago. And this is the one I’m not quite done with, apparently. Because this is the one I keep returning to whenever I find another irresistible stranger in a leather jacket who is just passing through town. (Because maybe, just maybe, one of them will keep coming back for me. And if they won’t — well, I know how to patch up my heart by now.)

I feel like I need to add some context for this one. The things I mention in this post are based on actual age play I’ve done at various points in my (and my partners’) adult life, but I’ve deliberately blurred the lines between different partners and situations. My goal here isn’t to tell the stories of specific scenes or to show how I make these kinds of age play work in the realm of real-life (and in-scene) consent, but to portray the different headspaces and emotional stories of the various girls I’ve been in a BDSM context. Because all the girls I’ve been before just have a lot of feelings.

I’m counting this as a catch-up post for one of the #Kinktober prompts I skipped before. The original prompt was “daddy kink.” And while I often appreciate daddy energy in others (and may write about that in the future), I chose to focus on age play more generally here, especially the girl side of that.

I’m also submitting this post for this week’s Wicked Wednesday (the prompt was “dreams” – and this post is about several dreams come true), which is my first time participating in that. And while this piece is probably not technically erotica, I still think it fits that theme closely enough.