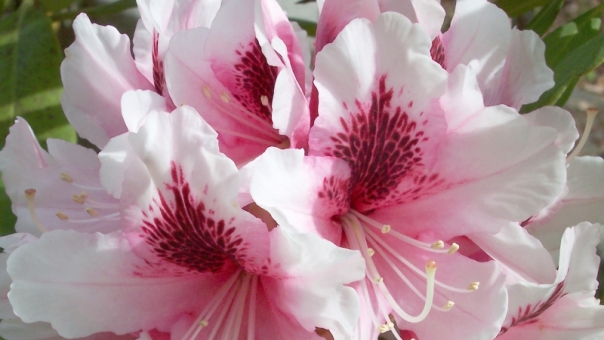 I had found her at work, between orders and phones and endless complaints. I was delighted: finally a project worth my energy! So I spent weeks dropping hints at queer culture in straight coworker company, trying to verify if she really was what she looked like, in her awful 90s platform sneakers, baggy sweaters, and shaved hair: a dyke. Trying to subtly convey to her that I was a dyke, too, even if my hoodies were slightly more girly than hers.

I don’t remember what ultimately settled that matter, but eventually there was confirmation: she was indeed a dyke. So here we were, dykes both of us! And she even was butch enough for me to be attracted to her! And I had a feeling she might be attracted to me as well.

I don’t remember how exactly she ended up in my bed (I suppose alcoholic beverages at the local gay hang-out and very broad hints on my part were involved), but one summer night she did. I do remember it was a weekday, though. I do remember I had work the next day. An afternoon shift, but work nonetheless.

So here we were, in my bed, and she found out that I really liked how she applied her lips and tongue and teeth to my neck, gently at first and more forcefully soon after. And I found out that I kept wanting more and more of that, being the mostly unacknowledged masochist I was back then. So I kept asking her for more, and she happily delivered. I don’t remember much else about that night. Just me sprawled out on my back, neck arched in bliss, skin expanding to make more room for her. Just her leaning over me, mumbling how amazing I was, hot breath damp on my throat. Just the sharp pain of suction on my flesh, needles of blood rushing up to my surface. Eventually, we fell asleep.

My first glance into the mirror the next day immediately added urgent items to my to-do list, right after “have coffee” and “send her home” and definitely before “go to work”:

Assure my roommates that I had not been assaulted. Find a t-shirt with a high neckline. Discover that it doesn’t cover much of anything. Find a scarf to wear to the drugstore. Buy the most well-covering foundation available that at least vaguely matches my skin tone. Return home. Apply several layers of foundation to neck. Discover that this still doesn’t cover everything. Despair slightly. Decide that not obviously looking like I had been strangled was probably the best I could get. Put on scarf on top of flaky beige foundation layers despite the summery temperatures. Wait for the train. Pray that no one at work asks any questions.

And finally: Decide the hassle of the unexpectedly-expanded to-do list has still been worth the pleasures of the night before. And: Start being amused that it never even occurred to me that all the gorgeous kissing and biting and sucking would leave a whole bouquet of hickeys in various shades of scary purple scattered all over my neck.

(We were more careful with the hickeys after that. Because I did invite her back into my bed, even though we decided to remain mostly undercover at work.)

This week’s Kink of the Week prompt was “love bites.”

Other GIFs in that folder show hands touching faces, throats, thighs. A gentle caress of a cheek, followed by a harsh slap; a finger trailing down a bent neck, a hand closing around an arching throat; fingers weaving into hair, grabbing, pulling. Spit-covered fingers sliding into mouths. Flat palms resting on chests, nipples held firmly between fingertips; hard hands smacking into large, soft butts. Fingers digging into flesh. And many, many hands moving up under skirts, sliding between legs, pushing thighs apart, invading intimate spaces that open up eagerly under their touch.

Sometimes, I think this focus on hands as intensely erotic body parts is what makes my sexuality so quintessentially queer: Because its main focus is not on genitals or on penetration (even though both can absolutely be a very desirable part of it, especially when hands are involved). People of all genders have hands, and while many of us use the appearance of our hands to express our gender (e.g. by the way we move and hold them, by nail length and shape, by the addition or avoidance of things like nail polish or jewelry or tattoos), the mere presence or absence of hands on a person is not considered an indicator of their gender. Sometimes, I think that the eroticism of hands is inherently queer. After all, hands are extremely versatile in the ways they can touch another person’s body, in the sensations they can create, more than any other body part. Hands defy the cisheteronormative assumption that objects used for penetration should be about the size of the average cis male dick, give or take a few millimeters — they can be as small as a single finger and as big as a fist (or even two, if you like).

And then there’s me, looking at these stories with profound queer incredulity. Like, what do you mean, you don’t think hand sex is sex?

Because if I have ever learned anything from dyke/queer culture, it’s that hand sex absolutely is sex, without any qualifiers. Grown-up, real, often intensely intimate, and damn fucking hot sex. I have learned that hands are erotic body parts of the highest order. And I’ve learned from ample experience that hands can become cocks, or clits and cunts (have you ever had someone slide their thumb along that tender place between two of your fingers over and over again with just the right amount of pressure? I have come from that alone), or they can just be their own amazingly sexy body parts. Sometimes they can be all of that on the same person. Sometimes even all in the same night. Or day.

So yeah, when you catch me looking at your hands while we flirt, I might be wondering how they would feel. All over me. But mostly between my legs.

This entry is part of the Kink of the Week project (and my very first contribution to it). The prompt this time was “hands.”